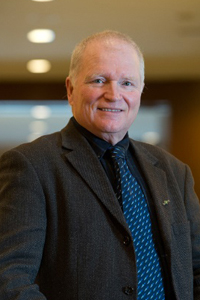 Ron Bonnett has enjoyed a long and varied career in agriculture. In the mid-1980s, he became the founding president of the Algoma Federation of Agriculture in northern Ontario, while also engaging in municipal politics, serving as reeve of the Township of Plummer where he advocated for rural economic development and a strong agriculture sector.

It was during his time on the executive committee of the Ontario Federation of Agriculture in the 1990s that Ron joined the Canadian Federation of Agriculture (CFA) Board of Directors, becoming 2nd Vice-President in 2007. He has held the role of CFA President since June 2010. Ron is currently an advisor to the Canadian Agriculture Policy Institute and the CFA representative on the steering committee for the Canadian Social License/Public Trust initiative. At the international level, Ron was interim President for the World Farmers’ Organization (WFO) and played an active role in the organization's launch. Ron has served on a number of agricultural organizations over the years, at the local, national and international level.

Ron currently operates a cow-calf farm with his wife, Cathy, in Bruce Mines, ON.