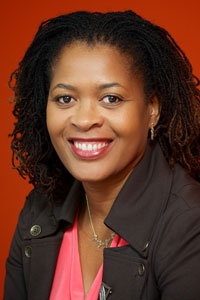 Paulette Senior is the President and CEO of the Canadian Women’s Foundation, Canada’s public foundation for women and girls. The Foundation is one of the ten largest women’s foundations in the world, investing in over 1,400 community programs across Canada since 1991. She is recognized as one of the most respected and vocal women leaders in the country, capturing significant attention at home and abroad as a leader and advocate for women and girls. She has dedicated her career to helping to build a safe and equal society where women and girls can live free from violence, poverty, and homelessness, and receive the support they need to become leaders in their lives and communities.

Ms. Senior brings a wealth of grassroots experience and sensibility to her role as CEO, spending several years on the frontlines of social and community development work. Before joining the Canadian Women’s Foundation, Ms. Senior was the CEO of YWCA Canada—the oldest and largest multi-service women’s organization in the country—for 10 years. She has led, managed, and operated shelters, employment programs and housing services, where she helped women, children, and youth in some of Toronto's most economically disadvantaged neighbourhoods. She has worked at Yellow Brick House, YWCA Toronto, Macaulay Child Development Centre, Lawrence Heights Community Health Centre, and Central Neighbourhood House. She has held numerous volunteer and leadership roles and is currently Chair of Women’s College Hospital, Canada's leading academic ambulatory hospital in women's health.

Throughout her career, Ms. Senior has been a strong advocate at local, provincial, and federal levels on matters pertinent to women and girls, youth, immigrants, poverty, housing, violence against women, social justice, and anti-oppression. She is a graduate of York University and has received numerous awards including the African Canadian Achievement Award, the Black Women Civic Engagement Award, the MicroSkills Margot Franssen Leadership Award, and a Woman of Influence citation.